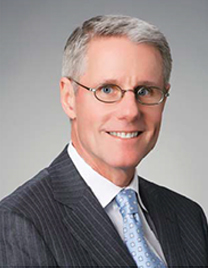 The quest for more comfortable and effective sleep apnea treatments is ongoing. We spoke to Dr. David White—widely regarded as one of the most influential sleep apnea treatment experts in the world today. A professor at Harvard Medical School and former president of the American Academy of Sleep Medicine, Dr. White is currently the chief medical officer at a major manufacturer of sleep apnea treatments. We asked him about new directions in the field, and what technologies are unfolding to improve the lives of patients.

What would you say are the scientific advances that have changed sleep apnea diagnosis and treatment recently?

There has been no major change in the way sleep apnea is diagnosed in quite some time. Though the techniques used are not new, the drive to identify patients with sleep apnea and treat them has steadily increased, based primarily on the accumulating evidence suggesting a relationship between OSA and adverse cardiovascular outcomes (strokes, heart attacks, and death). However, there are still no completed, randomized, controlled clinical trials definitively demonstrating that the treatment of OSA yields improved cardiovascular outcomes.

Similarly, in the area of OSA treatment, no new therapies that are widely accepted have been introduced in the last 10-20 years. CPAP devices are considerably smaller, quieter, better humidified, and deliver pressure in novel ways, but do not function greatly differently from those manufactured in the 1980s.

On the other hand, the CPAP masks are considerably better than previously and may be responsible for the modest gains in CPAP compliance that have been achieved over the last few decades. Dental appliances have also improved, but still generally advance the mandible with moderate success in OSA treatment. Finally, the upper airway surgical procedures continue to evolve. However, short of a major procedure, success remains limited and relatively few such procedures are done annually in the US. That being said, there are some new therapies on the horizon that may allow apnea patient more options.

What new therapies are on the horizon?

The therapies described above will continue to evolve with better acceptance and adherence, but will not likely greatly improve or lead to major breakthroughs. Completely new therapies that were either recently released or are in active clinical trials are as follows:

Provent: This device is disposable and consists of a valve placed over each nostril with low inspiratory resistance, but quite high expiratory resistance (50 cm H20). This leads to increased lung volume and high positive airway pressure during expiration (thereby dilating the airway), which probably explains its efficacy (about 50-60%). This therapy has been available for several years now, but has never gotten serious traction. This is probably a product of both its somewhat limited effectiveness and the discomfort many patients complain of when using it. Thus Provent will not likely ever be broadly utilized.

Genioglossal Stimulation (Inspire): There were several companies developing devices to stimulate the genioglossus muscle to keep the pharyngeal airway open during sleep. One (Apnex) recently went out of business due to a failed clinical trial. The most evident remaining company is Inspire, which is near completion of its FDA trial. Their device stimulates the genioglossus muscle unilaterally and is phased to inspiration using a pressure sensor placed between the intercostal muscles. Of note, their current clinical trial does not include morbidly obese patients and requires a sleep endoscopy (airway visualization under anesthesia) prior to the procedure to be sure that the site/level of collapse is suitable for this therapeutic approach. I will speculate, as the data from the trial have not been publicized, that this therapy will work well in some patients and will be acceptable to a reasonable percentage of OSA patients. However, it is quite expensive with the stimulator itself costing $15-20,000 with this price not including the sleep endoscopy, the surgical procedure, or the follow up care (including sleep studies). Thus, all in, this approach will likely cost $30-40,000 per patient. As a result, insurance companies will likely limit access to this procedure and it will thus never be widely used to replace CPAP in the millions of new patients receiving CPAP annually.

Winx (Apnicure): The Winx device consists of a console that generates negative pressure and a mouthpiece that allows this negative pressure to be applied to the oral airway. It works by pulling the soft palate and uvula forward against the base of the tongue and, in some patients, may pull the tongue forward a bit as well. This opens the pharyngeal airway to allow for unobstructed breathing during sleep. The one major study of this device, which will soon be in press in the journal Sleep Medicine, indicates that the device is successful (reducing the apnea hypopnea index (AHI) by >50% and yielding an AHI< 20) in about 41% of patients. Most successfully treated patients had an AHI

Phenotyping: This is not a therapy, but a way of approaching OSA patients that may lead to new therapies. Patients with OSA develop the disorder for quite different reasons with four primary physiologic traits dictating who does and does not have OSA. These traits are:

If the physician could determine exactly why each patient has OSA, therapy could be directed at the specific abnormality or abnormalities (from the list above). This could open up a number of new treatments individualized to the needs of the patient. Examples would include:

The other therapies I am aware of that are in development are:

Surgically implantable devices: Several start-up companies over the last 5-10 years have attempted to develop a surgically implantable device primarily designed to manipulate tongue position. These devices would be attached to the mandible with a type of anchor in the body of the tongue such that the tongue could be pulled forward out of the pharyngeal airway. Several clinical trials were attempted with these devices with promising early results. However, the materials used were not adequately strong/durable to withstand steady tongue movement with breakage of prongs and slippage of tethers. Thus further engineering of such devices will be required before they are likely to be successful. However, the concept seems to be sound.

Pharmacologic approaches to apnea therapy: Over the years many trials of various pharmacologic agents have been attempted in OSA patients with limited to no success. There are not, at this time, any visible such trials ongoing or active work by pharmaceutical companies to develop a drug for the treatment of OSA. However, this could change quickly as our understanding of the neurobiology of the brainstem control of the pharyngeal musculature steadily improves.

From your point of view, what is compelling and special about Apnicure?

With Apnicure we believe that we have a product that can treat a portion of OSA patients (about 40-50%) quite well with a device that will be more comfortable, quieter, and overall more acceptable to these patients. We also believe that the effectiveness of the device can be considerably improved in the near future. Thus our plan is to have a highly effective, well-tolerated therapy for OSA.

The right head support can greatly improve how comfortable you feel in bed.Learn more about how these medical devices can make a big difference in nighttime comfort for people with breathing issues.Sleep Apnea is a sleep disorder in which breathing is briefly and repeatedly interrupted during sleep. Learn how to cope…A frequent need to get up and go to the bathroom to urinate at night is called nocturia. It differs…Nearly one-quarter of all workers have shifts that are not during the daytime, and more than two-thirds of these workers…Have you ever wanted to know what happens to your body during menstruation? The latest infographic from the National Sleep…The Electronics and Sleep infographic highlights how technology affects the modern family and how parents can help design a sleep…Orexin receptor antagonists: A new class of sleeping pill Find out more about orexin, and a new type of sleep…Great news: more than three-fourths (76%) of those surveyed say that they had a good night’s sleep at least a…How you feel about the sleep you get every night is known as sleep satisfaction. Unlike sleep quantity (which objectively…

The Best Time of Day to Exercise for Quality Zzz's