What is sleep apnea?

Sleep apnea is a common and potentially serious sleep disorder in which your breathing is repeatedly interrupted while you sleep. If left untreated, sleep apnea can contribute to type 2 diabetes and heart disease while increasing your likelihood of stroke and heart attack.

Sleep apnea can affect toddlers, children, and adults, although some of the identifying symptoms are different depending on your age.

Obstructive sleep apnea, or simply sleep apnea, can cause fragmented sleep and low blood oxygen levels. For people with sleep apnea, the combination of disturbed sleep and oxygen starvation may lead to hypertension, heart disease and mood and memory problems. Sleep apnea also increases the risk of automobile crashes. Sleep apnea can be life-threatening and you should consult your doctor immediately if you feel you may suffer from it.

More than 18 million American adults have sleep apnea. It is very difficult at present to estimate the prevalence of childhood OSA because of widely varying monitoring techniques, but a minimum prevalence of 2 to 3% is likely, with prevalence as high as 10 to 20% in habitually snoring children.

OSA occurs in all age groups and both sexes, but there are a number of factors that increase risk, including having a small upper airway (or large tongue, tonsils or uvula), being overweight, having a recessed chin, small jaw or a large overbite, a large neck size (17 inches or greater in a man, or 16 inches or greater in a woman), smoking and alcohol use, being age 40 or older, and ethnicity (African-Americans, Pacific-Islanders and Hispanics). Also, OSA seems to run in some families, suggesting a possible genetic basis. Chronic snoring is a strong indicator of sleep apnea and should be evaluated by a health professional. Since people with sleep apnea tend to be sleep deprived, they may suffer from sleeplessness and a wide range of other symptoms such as difficulty concentrating, depression, irritability, sexual dysfunction, learning and memory difficulties, and falling asleep while at work, on the phone, or driving.

The most common symptom of sleep apnea is snoring. However, not everyone who snores has sleep apnea. Snoring is likely to be a sign of sleep apnea when it is followed by silent breathing pauses and choking or gasping sounds.

People with sleep apnea often have daytime sleepiness or fatigue.

Common symptoms of sleep apnea include:

If you have experienced any of the previous symptoms it may be time to contact a sleep specialist to schedule a sleep study. Left untreated, sleep apnea can cause a whole slew of medical problems and can put you at an increased risk for many health issues including: heart failure, arrhythmias, gastroesophageal reflux disease, diabetes, stroke, and heart attacks.

At the Alaska Sleep Clinic we diagnose and treat thousands of cases of sleep apnea every year. Because treatment for sleep apnea through continuous positive airway pressure (CPAP) therapy or other alternative treatments is so effective, there’s no reason to have to live with sleep apnea or any of its debilitating symptoms.

For a free 10 minute phone consultation with a sleep expert click the link below and be on your way to getting quality sleep every night so you feel energized everyday. 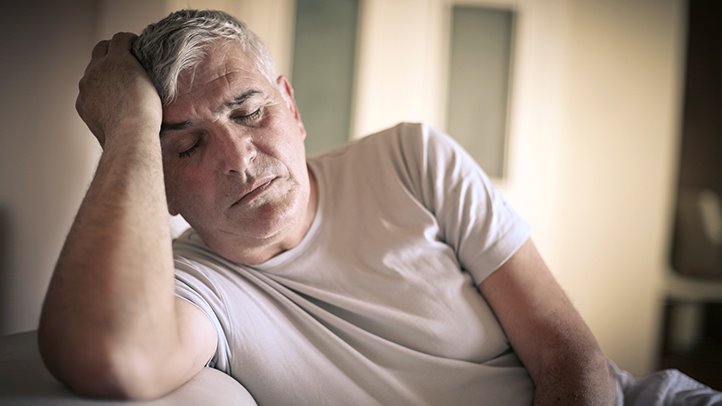 Signs and symptoms of sleep apnea in adults

If a number of these 13 signs describe you, then there’s a good chance you may have sleep apnea. Signs of sleep apnea in Children

Many children with untreated sleep apnea have behavioral, adaptive, and learning issues that are similar to the symptoms of ADHD:

Look for these warning signs of sleep apnea in your child: 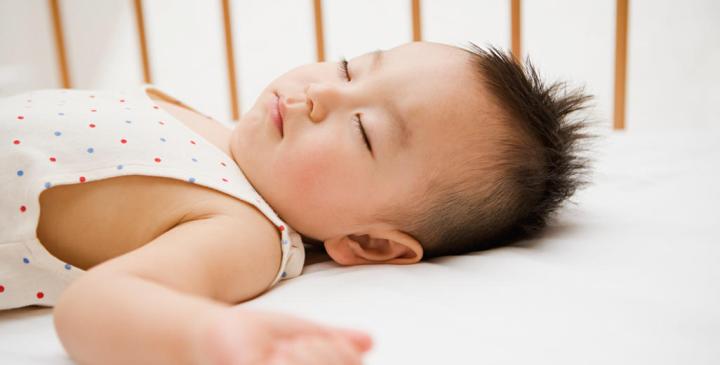 Signs of sleep apnea in toddlers

If you think your toddler may have a sleep disorder, look for these warning signs of sleep apnea while they’re sleeping:

You can also look for the following signs while they’re awake: 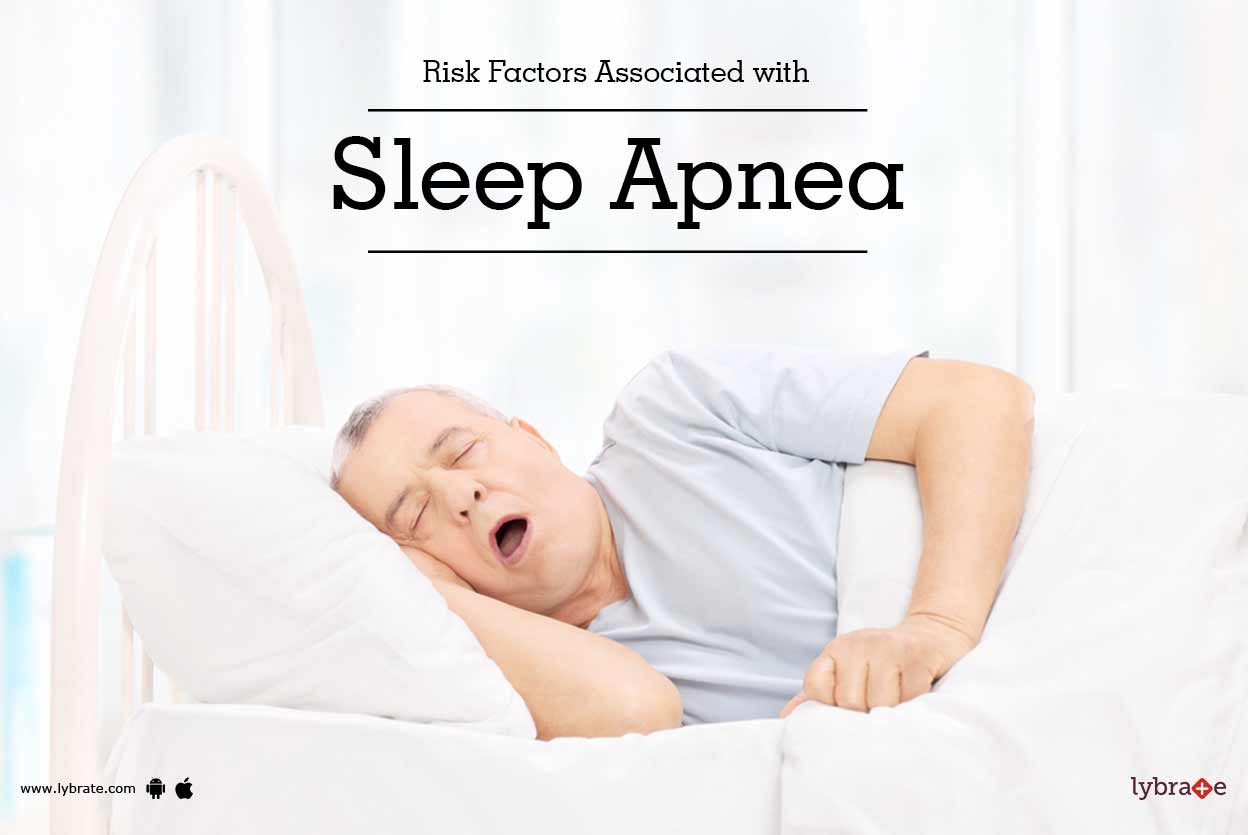 Why is Sleep Apnea dangerous?

Snoring may seem comical, but Obstructive Sleep Apnea is no joke. It can increase your risk of high blood pressure or diabetes and even make you more dangerous on the road.

If you suspect you may have sleep apnea, the first thing to do is see your doctor. Bring with you a record of your sleep, fatigue levels throughout the day, and any other symptoms you might be having. Ask your bed partner if he or she notices that you snore heavily, choke, gasp, or stop breathing during sleep. Be sure to take an updated list of medications, including over the counter medications, with you any time you visit a doctor for the first time. You may want to call your medical insurance provider to find out if a referral is needed for a visit to a sleep center.

One of the most common methods used to diagnose sleep apnea is a sleep study, which may require an overnight stay at a sleep center. The sleep study monitors a variety of functions during sleep including sleep state, eye movement, muscle activity, heart rate, respiratory effort, airflow, and blood oxygen levels. This test is used both to diagnose sleep apnea and to determine its severity. Sometimes, treatment can be started during the first night in the sleep center.

The treatment of choice for obstructive sleep apnea is continuous positive airway pressure device (CPAP). CPAP is a mask that fits over the nose and/or mouth, and gently blows air into the airway to help keep it open during sleep. This method of treatment is highly effective. Using the CPAP as recommended by your doctor is very important.

Second-line methods of treating sleep apnea include dental appliances, which reposition the lower jaw and tongue, and upper airway surgery to remove tissue in the airway. In general, these approaches are most helpful for mild disease or heavy snoring.

Lifestyle changes are effective ways of mitigating symptoms of sleep apnea. Here are some tips that may help reduce apnea severity:

The most important part of treatment for people with OSA is using the CPAP whenever they sleep. The health benefits of this therapy can be enormous, but only if used correctly. If you are having problems adjusting your CPAP or you’re experiencing side effects of wearing the appliance, talk to the doctor who prescribed it and ask for assistance.

Getting adequate sleep is essential to maintaining health in OSA patients. If you have symptoms of insomnia such as difficulty falling asleep, staying asleep, or waking up unrefreshed, talk to your doctor about treatment options. Keep in mind that certain store-purchased and prescription sleep aids may impair breathing in OSA patients. One exception is ramelteon, which was studied in mild and moderate OSA patients and found to not harm their breathing.

In the 2005 Sleep in America poll, 8% of respondents experienced or had been observed having pauses in their breathing during sleep at least three nights per week. Adults in the poll were also given the Berlin questionnaire, a standardized test assessing risk for sleep apnea.

Based on the quetionnaire, 26% of all poll respondents were at risk. Of those at risk, 70% said that they snored, slept on average 6.4 hours/weeknight (compared to overall mean of 6.8 hours); 66% were experiencing daytime sleepiness at least 3 days per week and over half (58%) were obese.

Learn more about how these medical devices can make a big difference in nighttime comfort for people with breathing issues.Sleep Apnea is a sleep disorder in which breathing is briefly and repeatedly interrupted during sleep. Learn how to cope with this sleep-related breathing disorder.A frequent need to get up and go to the bathroom to urinate at night is called nocturia. It differs…Nearly one-quarter of all workers have shifts that are not during the daytime, and more than two-thirds of these workers…

You don’t have to struggle with sleepless nights. Help is available! There are treatment options for insomnia, ranging from behavioral…How you feel about the sleep you get every night is known as sleep satisfaction. Unlike sleep quantity (which objectively…For many parents, the word “tired” takes on new meaning during the first few weeks after bringing a baby home….

Sometimes snoring can sound like a light rustle. Other nights, it would seem there was an actual buzz saw under…Many people realize that their level of hydration can affect the way they feel and function throughout the day. A…Taking a road trip is an exciting way to travel, but make sure that sleep is on the agenda. Drowsy…

The Best Time of Day to Exercise for Quality Zzz's

Why You Can’t Skimp on Sleep When Road Tripping

@2021 - All Right Reserved. Designed and Developed by PenciDesign