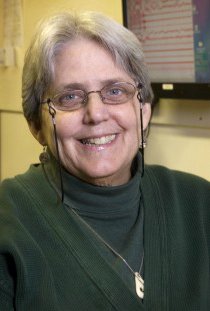 Based on current data, we think that most teens need on the order of 9-plus hours nightly to have optimal sleep. The NSF poll data indicate that most teens fall short of this goal, many by a considerable amount. Although we think that the need for sleep does not really change across adolescence, the amount of sleep young people get does decrease in older teens. Thus, the sleep deficit grows right along with the youngster.

How does sleep deprivation affect the teenager?

Many factors combine to decrease sleep in adolescents. We can think in general of two major factors: behavior, by which I mean all the psychological, parental, societal, cultural features of a teen’s life, and biological, by which I mean the brain processes that regulate the amount and timing of sleep. I’ve come to think of adolescents and their sleep patterns in 21st century America as a version of the “perfect storm.”

The sleep-wake bio-regulatory factors appear to undergo significant changes during adolescence. These changes lay the ground work for the biological night to occur later during the teen years than before. Circadian rhythms (daily biological clock) seems to slow down and lag behind as young people progress through the middle school years. At the same time, the sleep pressure system appears to change in a way that makes it easier to stay awake longer, though without changing the amount of sleep that is needed.

Do you think that the increase in electronics (i.e. electronic games, TV, iPod, etc.) has created a sleepy child syndrome?

It is no longer an issue of electric lights in the home, but many teens have a veritable technological playground in their bedrooms: television, computer with 24/7 Internet access, telephones, electronic game stations, MP3 players, and so forth. These technologies can also provide instant and incessant contact with peers. Societal/media pressure to consume these technologies is now higher than ever. Yet society also requires that teens go to school at a time of day that is at odds with their biological and social lives. It’s more surprising to find teens in the U.S. today that get enough sleep than those who get too little.

How does daytime sleepiness affect adolescents?

I’ve written in the past about the “glut of wakefulness” in teenagers and its impact on their lives (Carskadon, 2004). Teens may be driven to things that can wake them up simply because they’ll fall asleep if they do not. So we see caffeine, late-night Internet, chat rooms, IM’ing, cramming in activity after activity as a means to keep awake and necessitating more of the same to stay awake in the face of declining sleep. This is another way to think of the negative spiral of too little sleep.

These patterns can disguise the extent of their sleep deficit for many teens and their parents as well. On the other hand, we do see the signs emerge in many young people, each may be vulnerable in different ways. Thus, we see the teenager who falls asleep driving home late at night; in another teen, the problem emerges with titanic struggles to wake up in the morning, often failing and resulting in late or missed school; another may simply feel sad and moody and blue, lacking initiative or motivation; in other teens, grades begin to suffer as the teen struggles to keep awake during class and while doing homework; another may turn to heavier drugs to get some positive and arousing sensations; many just struggle along in a kind of haze, never knowing how to feel or do their best.

Mary A. Carskadon, Ph.D., received a doctorate with distinction in Neuro- and Biobehavioral Sciences with a specialty in sleep research from Stanford University. She is currently Director of Chronobiology/Sleep Research at the E.P. Bradley Hospital and Professor of Psychiatry and Human Behavior at Brown Medical School in Providence, R.I. Her research has raised public health issues regarding the consequences of insufficient sleep in adolescents as well as concerns about early starting times of schools.

This article originally appeared in the Spring 2006 issue of sleepmatters.

The right head support can greatly improve how comfortable you feel in bed.Nearly one-quarter of all workers have shifts that are not during the daytime, and more than two-thirds of these workers have problem sleepiness and/or difficulty sleeping. (NHLBI, 2005) One-third of shift workers state that they sleep less than six hours per night on workdays, and 30 percent report that they only get a good night’s sleep a few night’s per…Explore how today’s modern family sets rules for sleep, navigates the use of technology in the bedroom, how parents can…The Electronics and Sleep infographic highlights how technology affects the modern family and how parents can help design a sleep…Orexin receptor antagonists: A new class of sleeping pill Find out more about orexin, and a new type of sleep…Great news: more than three-fourths (76%) of those surveyed say that they had a good night’s sleep at least a…If your child’s bedtime routine during the summer has slipped with staying up late and sleeping in late, it’s never…When it comes to training for sports, many student-athletes and their parents recognize the importance of eating well and exercising…A little one’s pre-bedtime plea for just one more storybook or game of Go Fish may be difficult to resist,…Sleep problems are common among kids who are anxious or who are making a transition to a new school. They…

Tips for Helping the New Baby Sleep Like a Baby