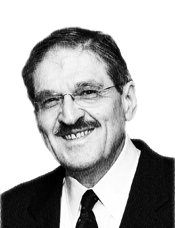 Sleeplessness is quite widespread. I have received enquiries from people who have never had this problem and don’t know anyone who was directly affected by the attack. It is possible that we are seeing something new—the consequence of seeing with our own eyes in real time the deaths of 3,000 people. People weren’t meant to see this kind of thing.

Is there something a person can do about this sleeplessness?

Yes, there are a number of things you can do:

Go back to doing what you were doing before the attack. World leaders have called on their citizens to go about their business and try to return their lives to normal. This is excellent advice.

Curtail television and radio. Getting one’s life back to normal doesn’t mean keeping track of what’s going on every waking minute. Try to return your life to normal.

Don’t use alcohol to try to help you sleep. Some people mistakenly believe that alcohol is a good sleeping aid and can be used under stressful conditions. It isn’t, and it can’t.

Talk to other people. Many people think their symptoms of sleeplessness are unique to them. If you talk to other people, you will find that it has affected almost everyone around you. Sharing feelings and learning how others have coped can be quite helpful.

Avoid using too much caffeine when you are feeling tired in the daytime because of sleeplessness. Excess caffeine has the potential to disturb sleep the following night. Try to return to your normal intake of caffeine. If you are tired in the afternoon, try taking a short nap of about 15-20 minutes instead of using caffeine.

Seek professional help. If you are unable to deal with the sleeplessness and it is becoming a problem for you, you might benefit from professional help. Your family doctor will know about medications that can help you call asleep without a hangover the following day. It is also possible that you may have become clinically depressed, and you might require treatment.

Finally, remember that sleeplessness associated with an acute stressful situation usually improves on its own. Be patient. Go back to your normal life.

— Dr. Kryger is Director of the Sleep Disorders Centre at St. Boniface Hospital in Winnipeg, and a Professor of Medicine at the University of Manitoba, Canada. He is also a member of the NSF Board of Directors.

This article originally appeared in the Winter 2002 issue of sleepmatters.

Is pain keeping you awake? Find out why pain affects sleep and what you can do to sleep better.Nearly one-quarter of all workers have shifts that are not during the daytime, and more than two-thirds of these workers have problem sleepiness and/or difficulty sleeping. (NHLBI, 2005) One-third of shift workers state that they sleep less than six hours per night on workdays, and 30 percent report that they only get a good night’s sleep a few night’s per…Explore how today’s modern family sets rules for sleep, navigates the use of technology in the bedroom, how parents can…Orexin receptor antagonists: A new class of sleeping pill Find out more about orexin, and a new type of sleep…Great news: more than three-fourths (76%) of those surveyed say that they had a good night’s sleep at least a…The term “anti-aging” may conjure up images of expensive wrinkle creams and nutritional supplements, but one of the most impactful…Having a normal sleep schedule—meaning you go to bed and wake up around the same time every day—can help your…Though it may come as no surprise that people find it harder to fall asleep when they’re emotionally wound up,…Sleep problems like insomnia can be caused by many different factors, including chronic pain, acid reflux, and depression. But did…If your child’s bedtime routine during the summer has slipped with staying up late and sleeping in late, it’s never…

Conditions That Affect Sleep as You Age

Can’t Sleep? These Allergens Might Be the Reason Why