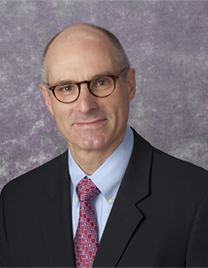 My wife has been diagnosed with depression, and she also suffers from insomnia. Is there a connection between the two?

There is definitely a connection between sleep problems—particularly insomnia—and depression. We frequently find insomnia in patients diagnosed with clinical depression; in fact, sleep disturbance is one of the core symptoms of clinical depression. However, people with insomnia are more likely to develop depressive and anxiety disorders.

Don’t some people with depression sleep too much?

Can medication help with depression as well as with insomnia?

There aren’t many well-controlled studies on the effectiveness of different treatments for concurrent depression and insomnia. In general, medication treatments take four different approaches:

The approach varies with the type of depression and the nature of the sleep disturbance.

How do you know if you have a condition that requires medical attention?

— Dr. Buysse is Associate Professor of Psychiatry at the University of Pittsburgh, Western Psychiatric Institute and Clinic in Pittsburgh, PA. He has been on the faculty for 14 years.

This article originally appeared in the Fall 2001 issue of sleepmatters.

Learn more about how these medical devices can make a big difference in nighttime comfort for people with breathing issues.A frequent need to get up and go to the bathroom to urinate at night is called nocturia. It differs from enuresis, or bedwetting , in which the person does not arouse from sleep, but the bladder empties anyway. Nocturia is a common cause of sleep loss, especially among older adults. Most people without nocturia can sleep for 6 to…Nearly one-quarter of all workers have shifts that are not during the daytime, and more than two-thirds of these workers…You don’t have to struggle with sleepless nights. Help is available! There are treatment options for insomnia, ranging from behavioral…How you feel about the sleep you get every night is known as sleep satisfaction. Unlike sleep quantity (which objectively…Taking care of an infant is tiring work, and falling asleep whenever the opportunity arises seems like it should be…An infant in the house means normal routines are going to go through some adjustments. Feeding, burping, rocking, and changing…For many parents, the word “tired” takes on new meaning during the first few weeks after bringing a baby home….Everyone dreads those long nights of tossing and turning when sleep just doesn’t seem to come. The issue is more…Sometimes snoring can sound like a light rustle. Other nights, it would seem there was an actual buzz saw under…

How to Conquer Insomnia